Bron: Unian
Ukraine's parliament passes in first reading bill on punishment for illegal enrichment 12:40, 11 September 2019 Politics 282 0 The relevant decision received 316 votes with 400 MPs registered at the session hall. Photo from UNIAN Photo from UNIAN The Verkhovna Rada, Ukraine's parliament, has passed in the first reading the bill, submitted byy President Zelensky, on amendments to certain legislative acts of Ukraine regarding confiscation of illegal assets of persons authorized to perform the functions of the state or local government, and punishment for acquiring such assets (No. 1031). The relevant decision received 316 votes with 400 MPs registered at the session hall, according to an UNIAN correspondent. The draft law proposes to supplement the Criminal Code of Ukraine with Article 368-5 "Illegal Enrichment," which determines that the acquisition by officials of assets whose cost by over 15,000 non-taxable minimum incomes of citizens exceeds their income shall be punished by five to 10 years in prison with the ban on holding certain positions for a period of up to three years. At the same time, assets can be represented in the form of money (including cash, funds in bank accounts or deposited with banks or other financial institutions), other property, property rights, intangible assets, including cryptocurrencies, the amount of decrease in financial liabilities, as well as works or services provided to officials. Law "On Prevention of Corruption" establishes that assets acquired as a result of a corruption-related offense shall be subject to confiscation or special confiscation by a court warrant in the manner prescribed by law. If the court rules that assets have been acquired with the use of illegitimate income, they are deemed unjustified and shall be subject to recovery by a court warrant. The Civil Procedure Code establishes that cases on recognizing the legitimacy of assets and their recovery shall be heard by the High Anti-Corruption Court's panel of three judges. One of the types of security for a claim can be the seizure of assets that are the subject of a dispute, or other assets owned by the defendant, which correspond to their value, in cases on recognizing assets as unjustified and their recovery. The Code of Criminal Procedure determines that evidence obtained from the defendant in such cases shall not be used as evidence of guilt of the suspect accused of criminal offenses. Law "On the Prosecutor's Office" is to establish that in order to identify unjustified assets and collect evidence, the prosecutor shall enjoy direct access to databases run by government bodies or local governments. To determine the value of potentially unjustified assets, prosecutors may engage on a voluntary basis, including on a contractual basis, qualified specialists and experts, including foreign ones, from any institutions, organizations, control and financial bodies. he Law "On the National Agency of Ukraine for the identification, investigation and management of assets obtained from corruption and other crimes" defines the agency is the central executive body with special status, which ensures the formation and implementation of state policy in the field of identification and search for assets, which may be seized in criminal proceedings, and/or asset management, arrested or confiscated in criminal proceedings. Law "On the State Bureau of Investigation" establishes the State Bureau of Investigation takes measures to identify unjustified assets and collect the relevant evidence. The Code of Labor Laws proposes to establish that one of the grounds for terminating an employment contract is the entry into force of a court ruling on recognition of assets as unjustified and their recovery – in relation to state officials and those of local governments, whose assets acquired by third persons at the latter's expense or on the officials' instructions, are considered unjustified. 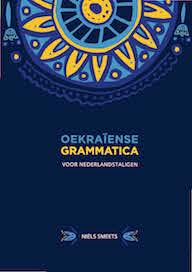